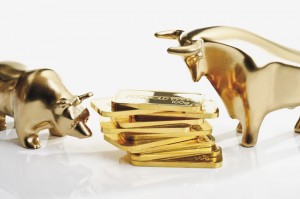 Last time we mentioned one of the dozens of reasons that would result the fluctuation in share prices during the results season. We will continue with other example.

Poorer/better than the performance of peers or industry bench marks
Apart from comparison with the expectations or guidance provided by the management, we could also take other comparison for reference, such as performance of the peers and the industry.

With comparison with peers it will be much easier to find out how the targeted company performs. Moreover, as most of the companies are not the only player in the market, hence comparable could be easily found.

In addition, we can also compare with the how the industry performs. Actually this is also an approach to filter out or to pick the outstanding companies in the industry. Here is an example, in 2013, the global notebook market is being cannibalized the prevalence of tablets and also smartphones. According to IDC, the global notebook shipments in 2013 shrank about 10% to 315 million units. However, Lenovo outperformed the market with 3% increment in shipment units. Hence, the suppliers to the brand could share the victory of Lenovo.

This can be a surprising effect during result period. Because usually the data of such a big industry has been widely reported by media or released at a regular basis. In contrast, for those suppliers, such as casing and other accessories, the data might not be so interested by the market and also more difficult to collect the data, there is lacking of information flow on this. Hence the lag in information flows could bring impacts to the market when additional information has been disclosed.

The examples mentioned in the recent two issues are just very limited factors that affect the share prices during the results period. Investors should keep frequent update on the company to avoid being affected by such price fluctuation affecting the investment decisions.