Market is Slowing Down? 市场增速放缓？ 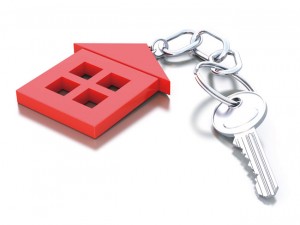 Recently, media reported that many projects are slashing selling prices to boost sales volume. Among the reported cases, names of big national developers were also been seen. Price cuts in Hangzhou and Changzhou were mostly reported. Analysis pointed out that the high inventory levels in the cities have caused the price cuts. Looking into the data.

The rumor on this is because of the high inventory in Hangzhou. According to industry data provided by Soufun, since Feb 2014, the inventory period level (the average months to clear the inventory in the city) has been surged to over 30 months from the average of 18 months in 2013. This implied that, based on the recent monthly sales volume, it takes 30 month sell all the units available in Hangzhou, not taking into account of any upcoming projects. The data also reflected since Feb 2014, the sales in Hangzhou have been slowed down, compared to 2013.

Why the long inventory period matters? This is because developers usually quite heavily leveraged on developing projects, especially developers with smaller scales, as they will be more difficult to get financing facilities from the banks. Even if funds are available, the cost will be higher than the national rivals. Hence it makes sense if small developers to cut the price for cashing in to repay the loan. However, Vanke, one of the top developers In China, has been also reported joined the price cutting party. It makes no sense for such large player to do so. Hence, it is believed the developer was trying to draw some media coverage and public attentions.
Actually, the latest national data suggested there are slowing down in both the sales volume and selling prices. According to the National Bureau of Statistics (NBS), the total residential area sold in the first two months in 2014 was declined 1% from a year earlier. While in the same period in 2013, a large annual increment of 55% was recorded. In addition, among 70 cities tracked by the NSB, there are fewer cities recorded price increase in Jan and Feb, despite there are still some 50 cities recorded increase in price.

From all the above, it seemed that the market is really slowing down from a year before. However, it is believed the end-user demand in the country is still substantial, why would this happen? We believe it is attributable to two major factors.

The first one is the tightening in mortgages. It has been widely reported that the discounts offered by banks for first home mortgages have been stopped almost in all cities. In addition, the interest rates have also been upward adjusted. Insiders of the industry told us that this was partially due to the tightening liquidity as well as the orders given by the headquarters.

The second factor is the policy directed from the central government, which is to exert control to curb the rapid increase in property price. In the recent “two sessions”, senior officials have revealed the central government will take “two way” approach on property market control. The “two way” can be interpreted as to curb the overheating market and at simultaneously to provide support to the end-users, such as to increase supply for public housings.

The two factors increased the difficulties for buyers to enter the market. For some affordable buyers, many of them are taking the wait-and-see approach before taking action. Seemed leading developers have noted the situation earlier, many of them have pointed out that the growth in the market are normalized and cannot continue the exponential growth in the past few years. In conclusion, it is highly possible that the property market will grow in a slower pace this year. 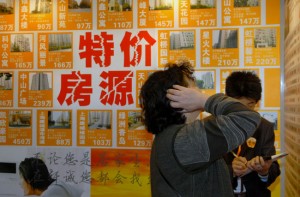